Peterbilt celebrated its annual United Way campaign with the third annual Pride and Class Parade in the downtown Denton square on Oct 12th... 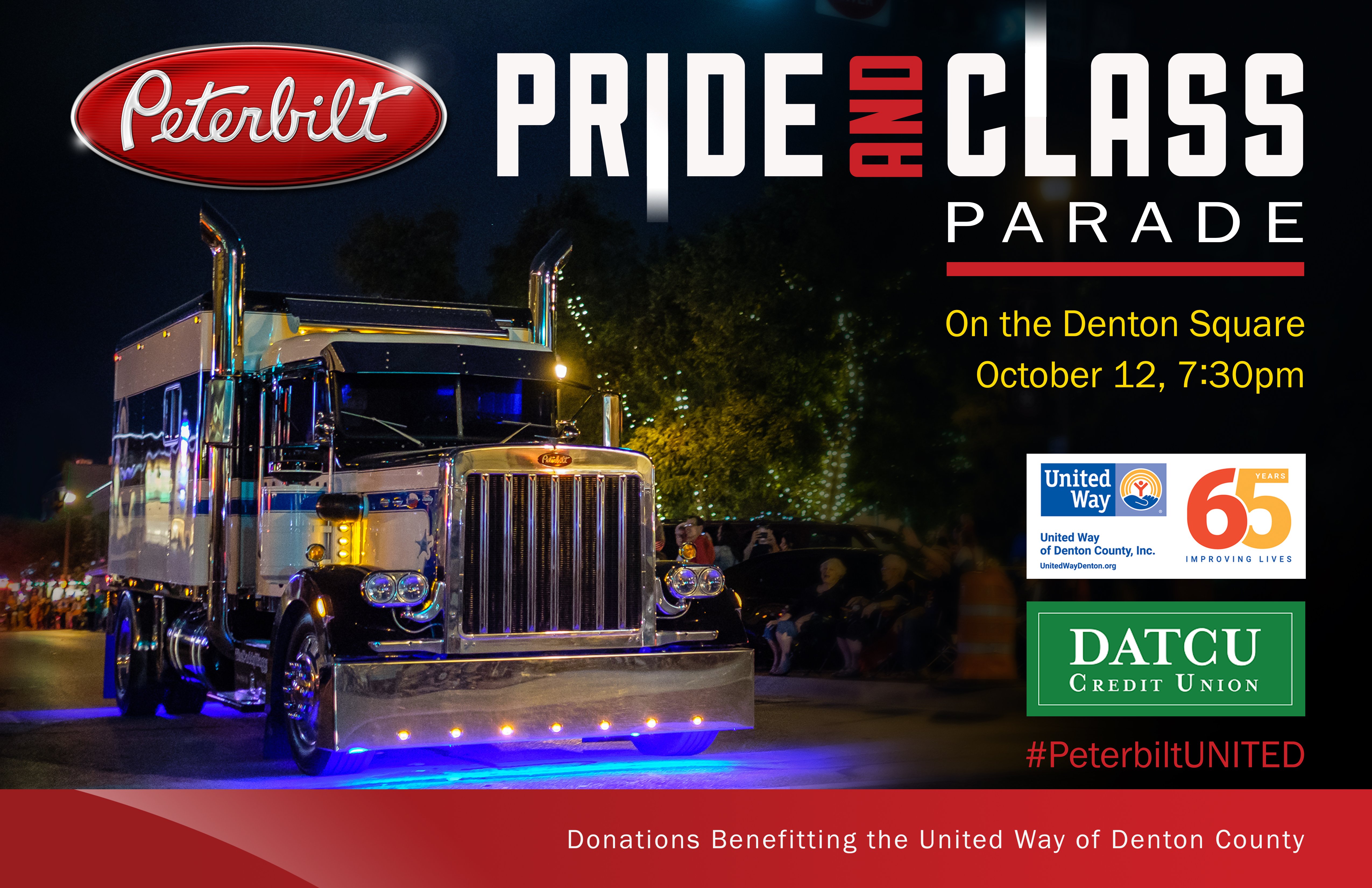 Since 2002, Peterbilt and the United Way of Denton County have partnered to raise more than $16 million in support of the Denton community. Peterbilt has been a supporter of the United Way since the 1980s and hosts a week of employee-based fundraising through a variety of activities and interdepartmental contests.

“When the first Pride and Class Parade was held in 2016 it was so popular with the community, employees and Peterbilt enthusiasts that it has turned into an annual event,” said Jason Skoog, General Manager, Peterbilt Motors Company. “Peterbilt moved to Denton in 1980 and our employees are proud to be a part of the community and enjoy the opportunities to give back. Supporting the Denton County United Way and the strong work it does here is a natural fit.”

The Pride and Class Parade invited owners of more than 50 custom Peterbilt trucks from around the United States and Canada to join in the campaign by traveling to Denton to participate in the parade route through the city square. The parade viewing route took trucks around the square at Hickory and Elm streets. Supporters were encouraged to donate online or through onsite collection volunteers.

“Peterbilt and United Way of Denton County share a rich partnership that has positively shaped this community for more than three decades,” said United Way of Denton County President & CEO Gary Henderson. “In addition to their unrivaled financial support, Peterbilt and its employees have generously given their time as Six Sigma Lean Belt training facilitators, Leaders On Loan program participants, nonprofit board members, and creators of the memorable night parade featured amazing Peterbilt trucks driving the Denton Square. There’s no doubt the people of Peterbilt leave an indelible mark on the Denton County community.”